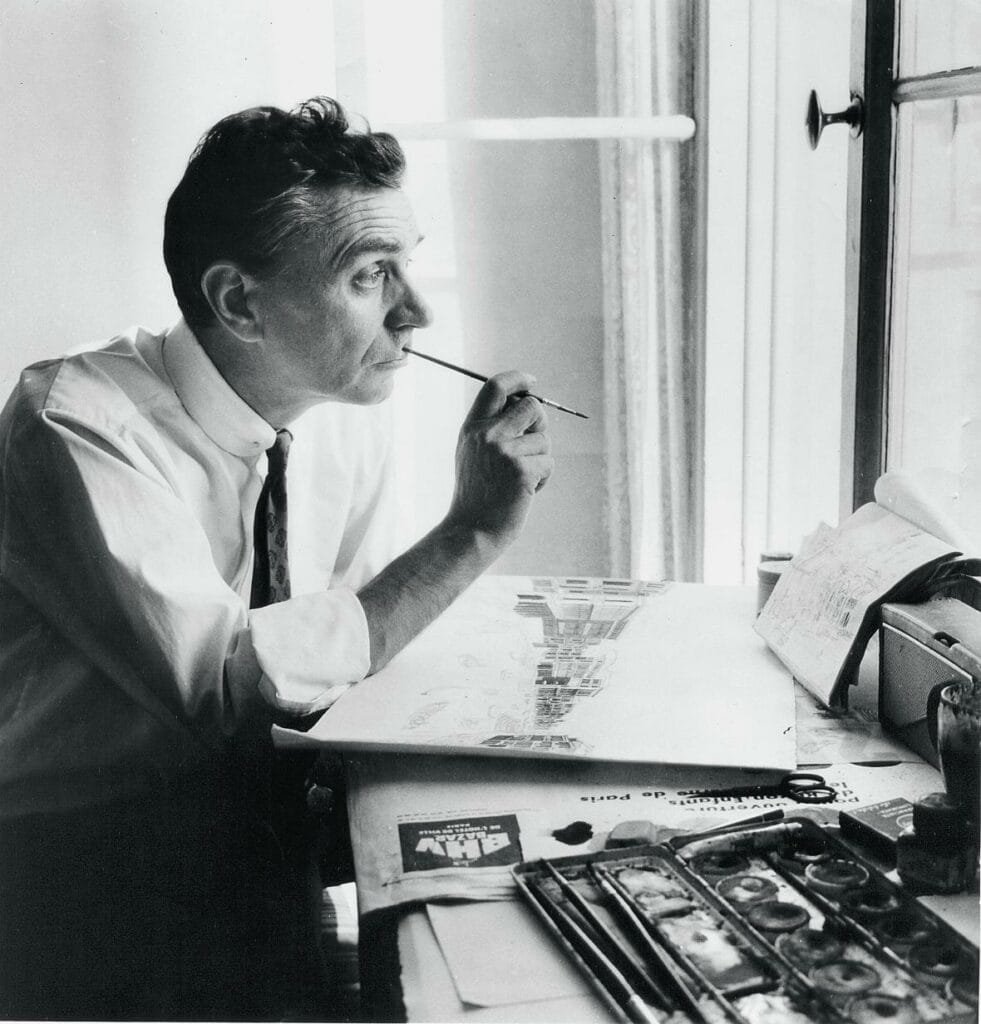 At the end of the 1930s, after studying architecture, Miroslav Sasek began to produce illustrations for newspapers and children’s albums. It was also during this period that he published the first album of which he was both the author and the illustrator: Benjamin and the Thousand Sea Creatures of Captain Barnabas. Between the end of the 1930s and the beginning of the 1960s, Sasek traveled across Europe: he studied at the Beaux-Arts in Paris and then moved to Munich. In 1957, Sasek returned to Paris and resumed an old project that had not succeeded, that of creating illustrated city guides for children. The illustrator sets his sights on a dozen cities: Paris first, then Rome, London, New York, Edinburgh, Munich, Hong Kong, etc.

His success is immense: his albums are sold by the thousands, and are translated into ten languages. A success he owes to his charming drawings, rich in detail and accompanied by short texts. Four of his albums have been adapted into cartoons, and many of his illustrations travel the world in the form of maps. Ironically, in Czechoslovakia, his books were not allowed to be published until the end of the communist regime in 1990, ten years after his death. He left behind several hundred illustrations and 18 city guides.