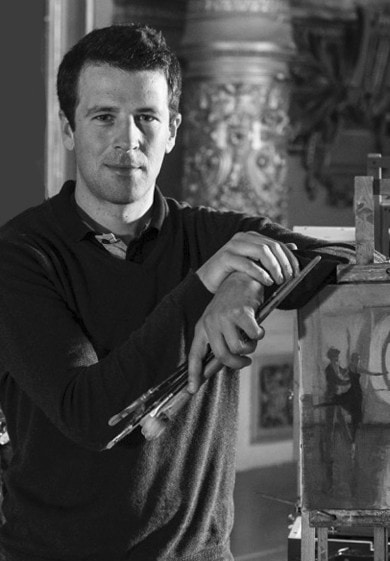 From childhood, Olivier Desvaux loved stories. Especially the ones that his mother read to him before going to bed. A big dreamer, he also loved to draw all that was around him. Growing up, he discovered oil painting and a passion for colors. He developed his technique in contact with nature and will paint outdoors with a friend who became cartoonist.

Olivier knew he wanted to make it a career since middle school. It would not let go and eventually graduated from the School of Decorative Arts in Paris. His taste for stories quickly led to illustration: he wrote and illustrated the album He wanted to be called Guignol (2007). Many others followed, the biggest publishing houses offering him book projects.

In parallel, he developed his painting career. Olivier made paintings and decorations in private or public places, from the Library of Tréport to the hotel La Mamounia in Marrakech. He is also passionate about the seashores, and his paintings are quickly noticed. He is even appointed Navy’s Official Painter in 2018. His paintings are regularly exhibited as well in Paris than in Japan or in Normandy, where he still lives and works. 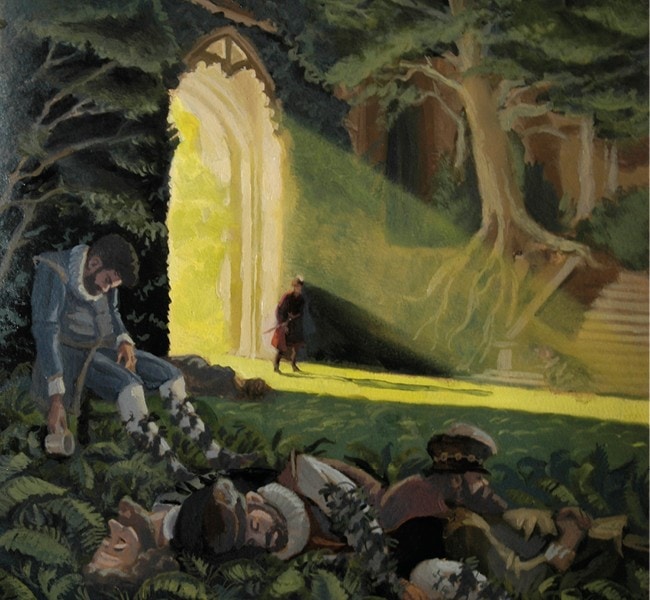 In the workshop of Olivier Desvaux