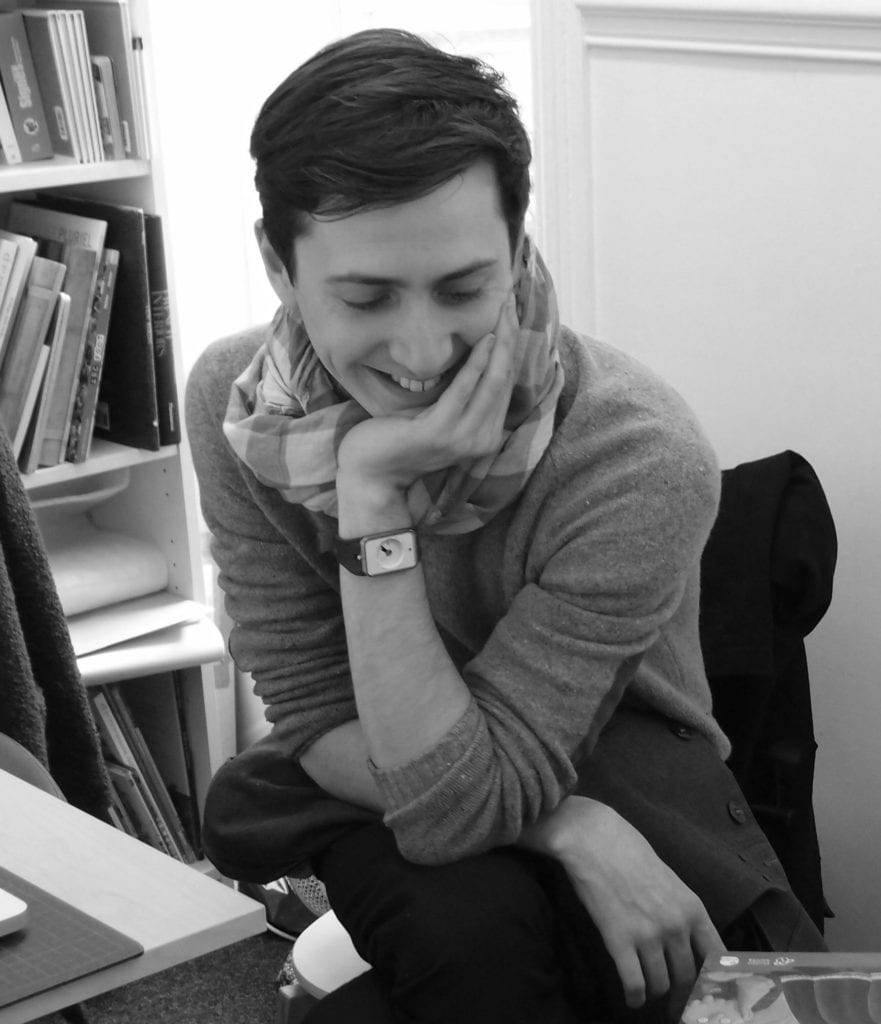 Born in Paris in 1985, Tom Haugomat quickly interested in drawing and its narrative potential. After a year of studies in art history and archeology, he turned to an artistic preparation. In is in the school of Gobelins, section “Design and production of animated films”, that he discovered a passion for the moving image. He met Bruno Mangyoku, with whom he creates the short film Jean-François (Arte, 2009). He hopes to continue to build a world in illustration and to make animated films by mixing techniques.

His style is quite minimalist. It generally focuses on a detail and then lets the void play its role of highlighting. While using a range of colors much reduced, he manages to give depth to his drawing. His masses and overlays games, although worked digitally, almost intentionally invoke the technique of silkscreen he greatly appreciates and even uses in his book Hors Pistes (2011). 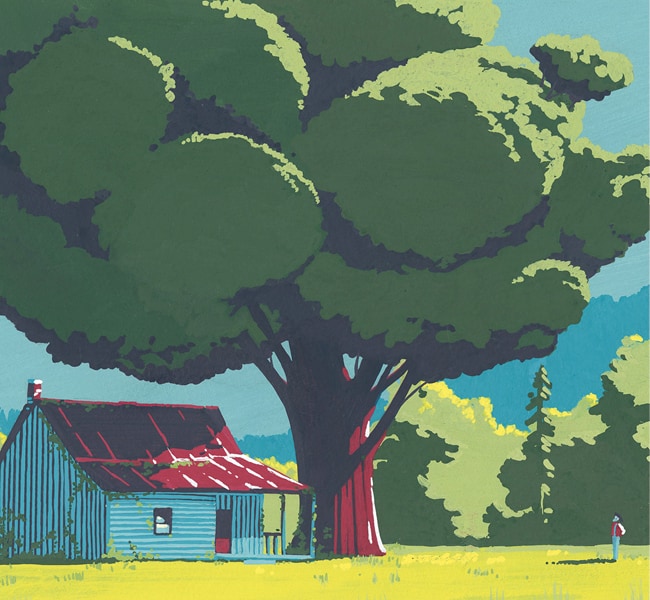 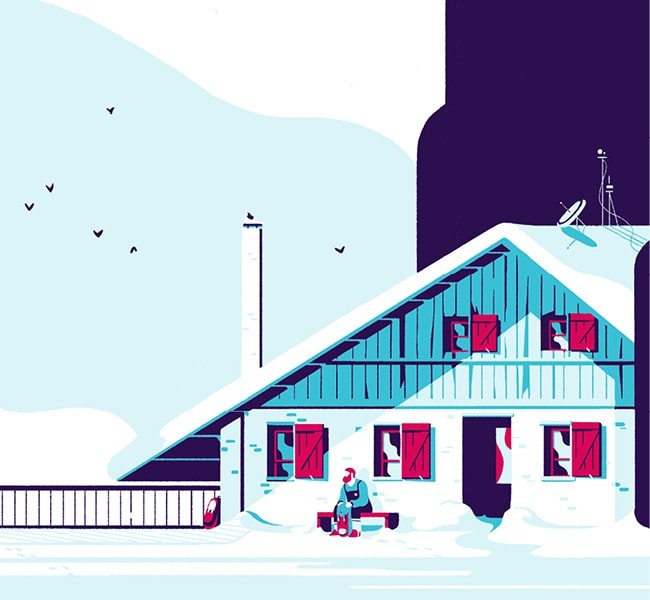 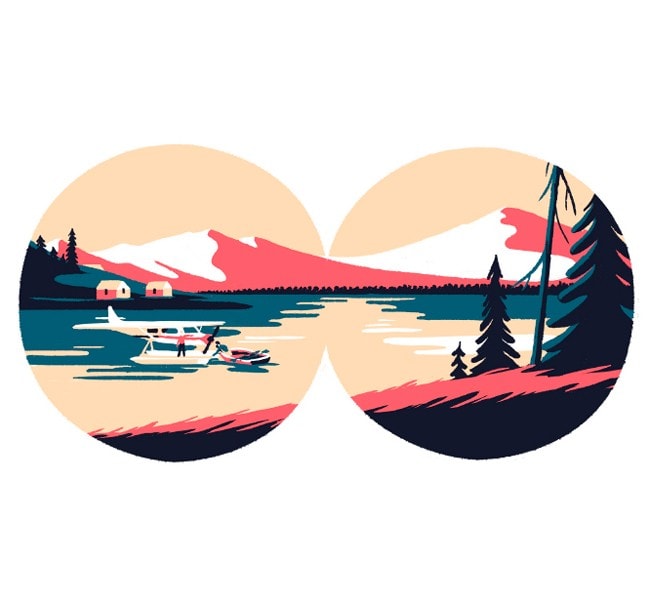 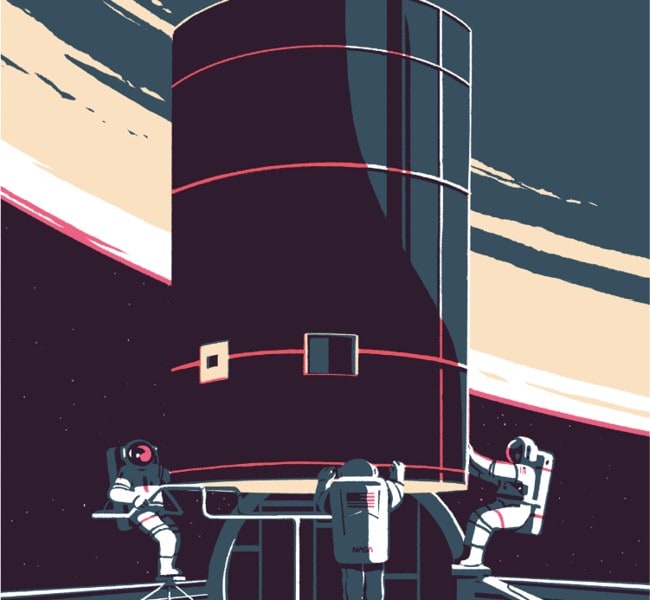 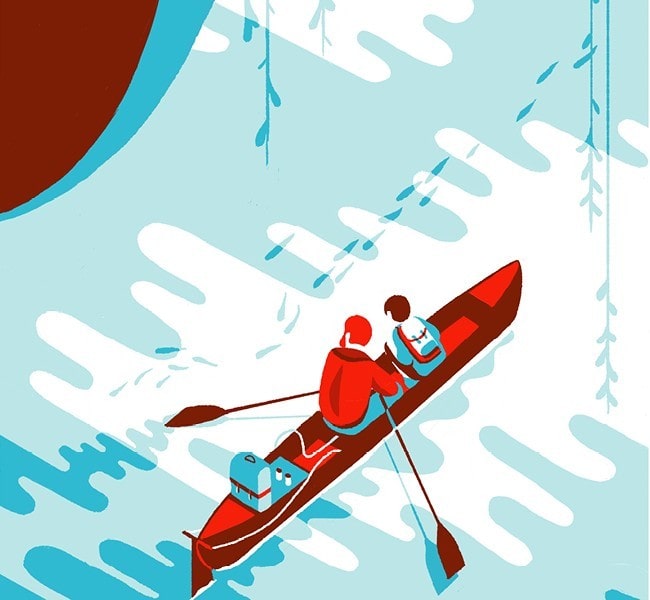