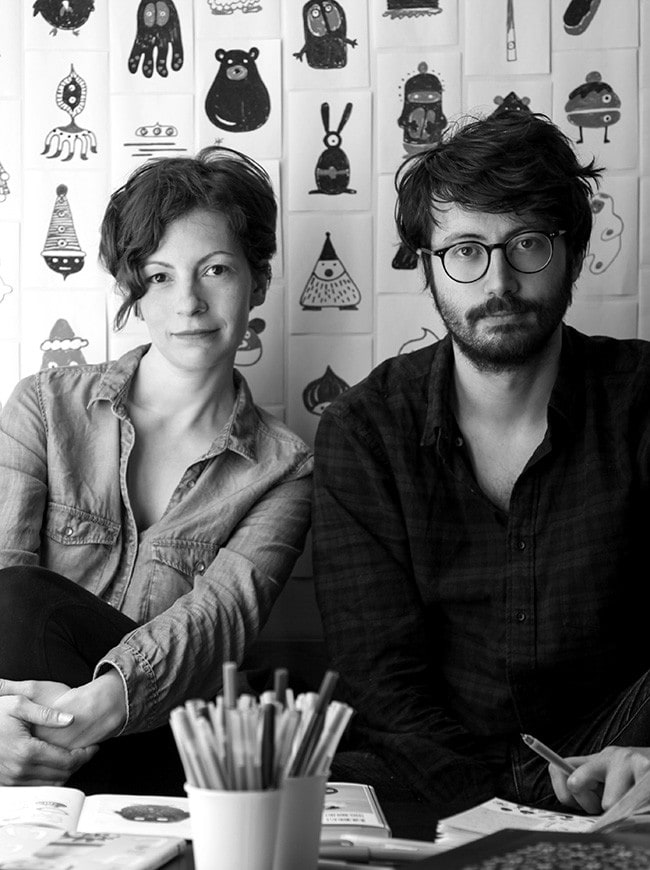 Duo of illustrators who won the Villa Kujoyama in 2017, Raphaële Enjary and Olivier Philipponneau began their collaboration as soon as they studied in Paris and quickly developed a common interest in wood engraving. Sensitive to artisanal prints, they see it as an essential step in giving life and warmth to the simplicity of their images.

From youth albums written by Alice Brière-Haquet for the most part (1, 2, 3 Banquise, the Zébulon trilogy, etc.), to exhibitions accompanied by original wooden games made by Sylvain Moreau, illustration is for them the means to tell stories, whatever the medium. Their animals with tender and stylized designs as well as the geometric patterns of their landscapes are all bridges between their work as graphic designers and their interest in Aboriginal art and Japanese culture.

In 2016, they created the 3œil editions with Sylvain Lamy to continue their research around books and manufacturing, and in 2020, they launched the Philonimo collection, which has now been translated into several languages. 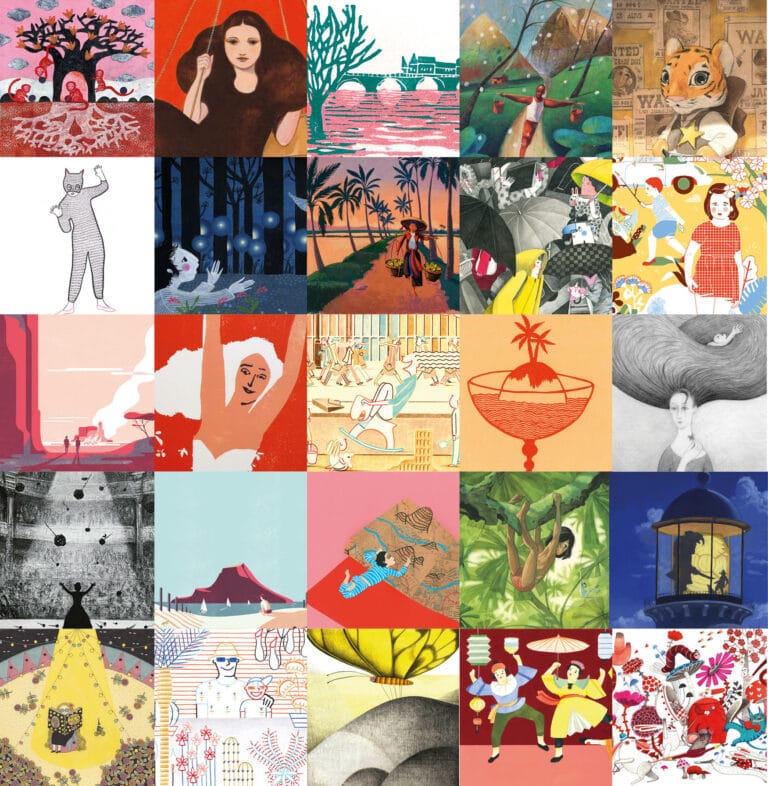 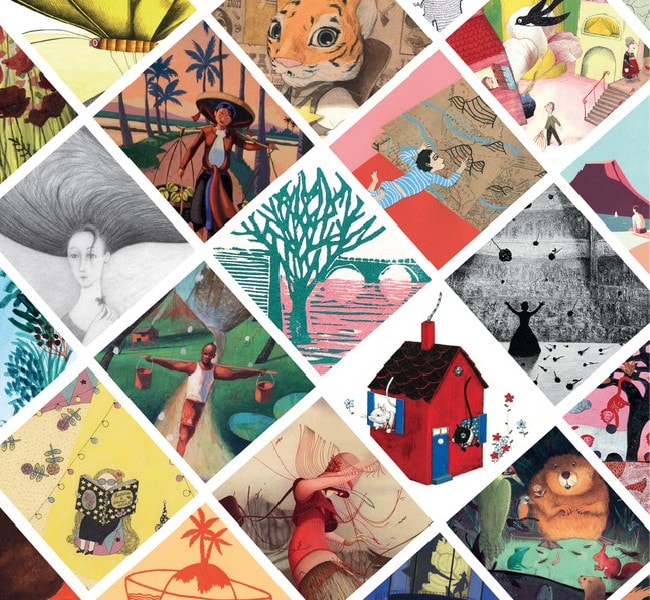 Youth Book Salon of Montreuil (past) 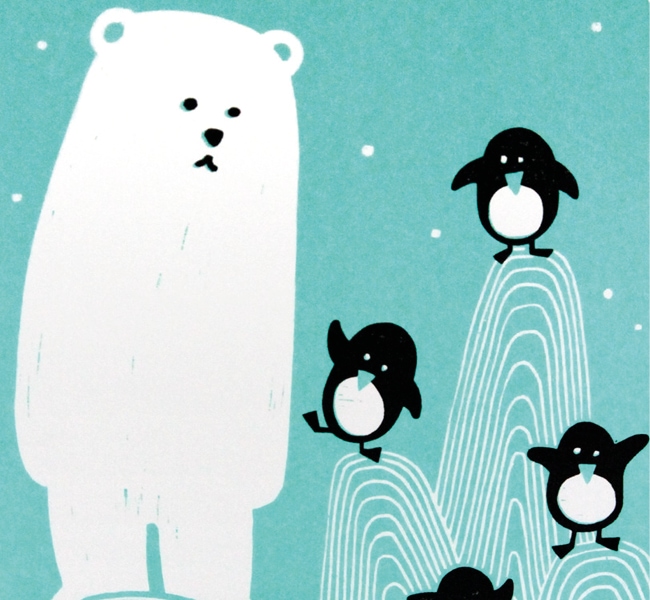 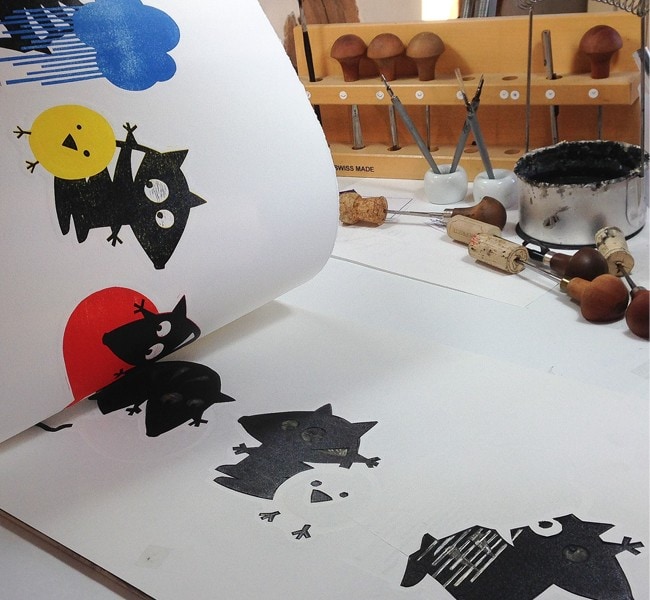 Of all the colors !